CLICK ON PLAY TO LISTEN TO THE ORIGINAL MUSIC BIMBINAFRICA

The fever in the children is a phenomenon very worrying in Africa and being  able to sensitize the population to prevent the consequences is for us the most important aim of our mission.

Children suffer from high fever due to malaria , typhoid and various viral or bacterial illnesses. Often they are not treatedin good time because the distance to reach the dispensaries or hospitals is long and difficult.

Unfortunately,it takes just  3 minutes of fever above 40 degrees to damage the brain of a child under  5 years, so very often the consequences of those intense febrile states are irreversible and cause important cerebral damages. In addition to the distribution of paracetamol (tachipirina), it is necessary  to make a capillary action of prevention to sensitize the population. We are realizing a documentary which will be shown in the villages and schools that clearly shows the symptoms, effects and serious consequences  of those strong febrile state in the children. With the aim to release  this information in a systematic way, we will utilize a system  of projection already tested and broadcasted in South America for the same aim.

It is a video system easily transportable which allows to see the documentary even during day hours. During the projection, we have also the intention  to organize a moment of entertainment with games and small competitions. The participants will receive an award like mosquito-nets and thermometers .

We are proud to inform that an agreement with the biggest producer of rubber-slippers of Kenya is in the way of finalization. Such cooperation will allow us to distribute the slippers to the most in need, promoting  the process of sensitization on various projects. 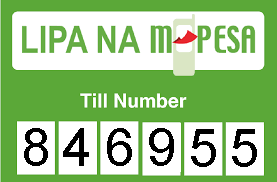